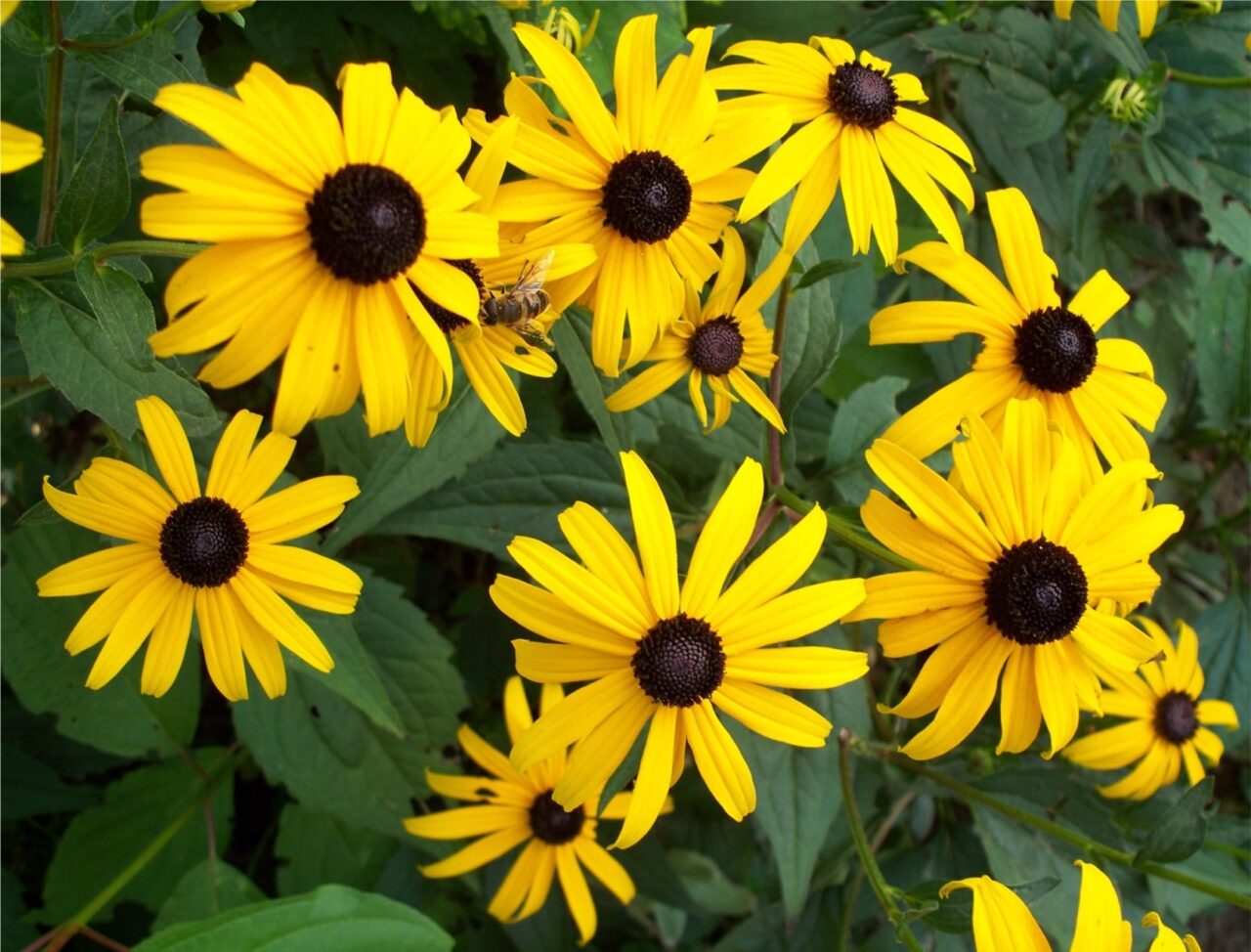 There are plenty of plants in bloom during the summer season but few can outperform the robust tenacity of Rudbeckia. This North American native plant from the Asteraceae family has been domesticated from wild stock and bred to produce some of the brightest yellow, burgundy and now red flowers available in summer blooming perennials. Rudbeckia is also known as the coneflower or black-eyed Susan. It is also know as the gloriosa daisy or yellow ox-eye daisy, likely due to the appearance of the daisy-like flowers. Rudbeckia hirta hybrids are tough herbaceous biennials or short lived perennials and many cultivated varieties of this species are grown as annuals and tossed into the compost in the fall. Most ornamental Rudbeckia species grown in our region bloom from mid-summer until frost. The native North American Rudbeckia species can be found growing in open rangeland, farmland, along roadsides, in fields and at forest edges. Most Rudbeckias species grow well in average soil and in dry locations. Pampering these plants will only lead to powdery mildew problems and lush floppy growth that requires staking. I have seen a few Rudbeckias growing in semi-shaded gardens, but generally, they perform better with fewer problems when grown in full, hot sunshine.

Older Rudbeckia varieties were chronically prone to powdery mildew, especially when grown too close together, in shade or on lush soils with poor air drainage. However, modern breeding of new tetraploid seed strains has produced new cultivars that are less prone to mildew. When choosing a location to plant Rudbeckias choose an area that receives seven or eight hours a day of direct sunlight, that has average to good and free draining soil, preferably deep soil even if it is poor quality. Most importantly, choose a location that has good air drainage to help control foliar diseases. Chemical fertilization of these tough prairie plants is not required, but they do benefit from surface applied compost or manure. As with all perennials, deadheading will help extend the blooming season.

One of the newest annual varieties to come onto the market is the British Rudbeckia x hirta ‘Cherry Brandy’, bred by Thompson & Morgan. Their breeders have produced the first-ever red Rudbeckia, from seed. Rudbeckia Cherry Brandy is a robust plant, producing a mass of attractive cherry-colored blooms all summer long. The plants are resistant to heat, drought and poor soils. Flowers average 3-4 inches in width and the plants reach 60 centimetres in height. Cherry Brandy Rudbeckia may be worth a try in my garden next year, but for now I am sticking to the perennial varieties like R. Indian Summer, an All-American selection and Rudbeckia Goldstrum, a good-old standby that blooms its head off from July until first frost.

Chris O’Donohue is a Red Seal Journeyman Horticulturist, President and Founder of The Great Canadian Landscaping Company.
For a personalized quote, tailored to your needs, book a free on-site consultation with one of our specialists by calling 604.924.5296. 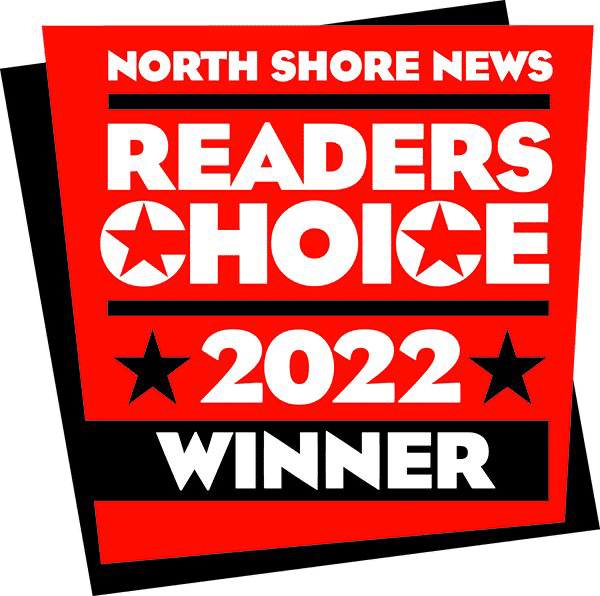 previous
Our Response to COVID 19
next
Water Conscious Landscape Solutions